Over the last couple of decades, the use of personalised number plates has spread to middle class Britons. No longer were private regs limited just to the super wealthy. Nevertheless, the super wealthy continues to dominate the high end market. Have you ever wondered though what kind of private plates do business tycoons, aristocrats, celebrities and athletes buy? What tickle their fancy? Let’s have a quick look, shall we?

This is owned by business magnate and The Apprentice star, Lord Alan Sugar. AMS is the acronym of Lord Sugar’s full name, Alan Michael Sugar. 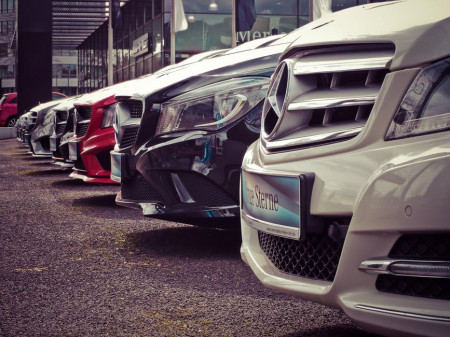 We are uncertain over the ownership of JU5T WED, but it was last seen in April 2011 on an Aston Martin DB6 MkII driven by HRH Prince William, right after his wedding to the Katherine, Duchess of Cambridge.

Owned by former Manchester United striker, Cristiano Ronaldo, who purchased the plate in 2011 for £150,000. CR7 is a combination of his initials and shirt number.

This reads as ‘hairdo’, which is just about perfect since its own by salon chain owner Nicky Clarke

Former world snooker champion Jimmy White was the logical home for CUE 8OY (cue boy). Alas, he was reported to have sold the cue to another snooker player recently.

Apparently, pop singer Robbie Williams was trying to say sorry to his fans for spending so much money on a Ferrari. No words on how much he spent on the plate though!